It was never meant to be a birding holiday; more of a break to get away and relax in Lindos, get some sunshine and warmth, spend some time with my family and try to forget about all the stress of recent months both at home and at work.

Curiosity though, got the better of me, and before flying out I googled what might be around on the island of Rhodes, birdwise. Unsure of the size of the safe in the room, I opted to just take my old Sigma 70-300mm and my 40D camera. And last minute I packed my bins too.

Arriving at the apartment complex at night, the night was filled with the sound of insects… and also of possibly owls. Sounded familiar, but I couldn’t be sure. Next morning, after reeling from the heat of the sun on the patio of the apartment, I ventured out to scan the cliffs behind, to see if I could see what was making the calls.

A flash of white and black, a flicking tail, and I thought I’d spotted a pied wagtail. I hadn’t. It was far better. Flitting about from the fencing of the complex (to keep out goats!), and the pathways around the buildings, was a fantastic-looking black and white wheatear, which turned out to be a black-eared wheatear. And he wasn’t alone.

Nearby, whistling and chatting was his partner, a brownish bird, but lovely in her own right. Both were superb at grabbing the insects around, especially the huge crickets and grasshoppers, which tried to bask in the sunshine on rocks and posts.

Considering how shy wheatears in the UK can be, I was amazed at how much these two liked to perch right in front of me, and even Dad with just a point-n-shoot camera, managed some fab shots of them. We spent most afternoons, after the heat of the sun had got too much, watching and trying to photo this pair, eventually discovering they had 3 or 4 juveniles around the area, being fed.

Looking skywards, I was equally amazed at the number of birds of prey around. A pair of peregrines often circled, hurtling off over the hills in search of prey, as did masses of kestrels, some of them lesser kestrels, I believe. Falcons, such as red-footed falcon were around too, and all of these birds seemed to be able to catch insects on the wing, much like hobbies do in the UK.

In fact, you could look at the sky for no more than 30 seconds most of the time and see at least one. Kestrels were most common, flying from the Acropolis up to the hills behind our complex, and then zipping back. Oh how I wished I’d got a bigger and faster lens!

More so, when one morning I spotted something larger, with very long wings and was almost eagle-like. Grabbing the cameras, we both waited to see if it would fly into view again. It did, eventually, and lower down. Comparing our shots to images on the internet, we initially thought we’d seen a Bonelli’s eagle! Sadly, it turned out to have been (only!) a long-legged buzzard, but great to see nonetheless.

As well as birds and rather large insects all over the place, there were agama lizards, which amused us daily, with their scuttling running, head-banging and crazy leaps from rocks when chasing prey.

They look just like dinosaurs, and loved to bask in the sunshine. They were also all over the hills and cliffs at the back, and whilst watching these, I spotted something fluffy and brown. Perched atop a rock, was a little owl, looking grumpy as usual, though with a sea-view and masses to eat all around, I suspect it was a bit happier than the one I see down the road. As I watched, I saw it fly off and disappear into a crack in the cliff-face. Listening more carefully, I could hear a screech. It was nesting there, and hidden from view must have been at least one chick. After about an hour, I’d realised that there was a pair of little owls up there, and they were constantly having to catch food for the hungry chicks. No wonder they looked grumpy!

On a couple of the days I opted to go for a walk instead of being a fat slug-in-the-sun by the pool, mainly because I’m fair-skinned and burn easily. The first trip took in fine views along the headland behind the beach, and apart from a distant blue rock thrush, the only birds I saw were a pair of juvenile peregrines, practising food passes, albeit miles off.

The second trip, which took in St Pauls Bay was far better. Behind the outcrop of rock which holds up the Acropolis, were nesting kestrels, various gulls, masses of swallows and what turned out to be crag martins, which were flying so close to me at times, I had to move out of their way!

Above the cries of kestrels whenever hooded crows or gulls flew too close to the nests, was a beautiful song being called out. Peering over the cliff edge I spotted a blue rock thrush, sat on some rocks by the water’s edge, singing its heart out. Patience yielded results, when it flew close enough for a few record shots.

Also around the apartments was a jay, with a black cap on its head, loads of sparrows of course, a couple of greenfinches (I think) and enough large and unusual insects to get me to switch to macro on the lens, for some close up shots. Not too close though – some of the spiders were very large! As were the beetles, which were hopeless at flying, and comically bounced off walls instead of flying over.

All in all a fab trip, though next time I think I’ll take a better lens with me! 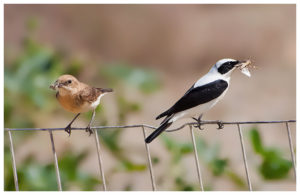 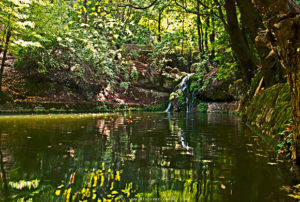 The valley of Butterflies 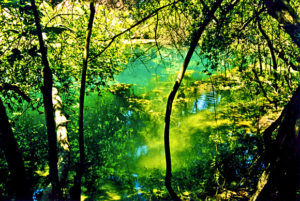