Monolithos (Μονόλιθος) is a small mountain village at 77 km from the capital, on the south-western part of the island of Rhodes. It has a population of 134 inhabitants and its name derives from a 240 m. high, rock (lithos in greek) with a castle on its top that dominates the view. The village and its beautiful nature that surrounds it, still remain mostly untouched from the tourist development. This area is ideal for off the beaten track excursions.

The village lies amphitheatrically at the foot of Mt. Akramytis, which at an altitude of 825 m. is the second highest mountain in Rhodes. Entering Monolithos, you get a clear sense of the way life used to be some decades ago – little seems to have changed over the years. The settlement itself is made up of mostly single or multi-tiered, built from stone houses with light flat roofs and small courtyards full of flowers, with great splashes of color lent by the rows of flower pots and the bougainvillea that cascade over garden walls and doors. Scattered among the village dwellings there are various graceful structures of Italian architecture, such as the only village school and a very elegant Police station. The locals are occupied mostly with agriculture so it is not uncommon to see elderly villagers riding their little donkeys to work. Olives, honey, wine and the strong aperitif, souma, are the main products in this village and can be bought from the taverns and little shops. Food is very good here, at very reasonable prices. Ask for the traditional local dishes like the lamb-on-the-spit.

The closest village to Monolithos is Sianna at about 5 km while the seat of Attavyros Municipality, the village of Embonas is at about 17 km. There are a few attractions around the village like the castle of Monolithos with its two small medieval chapels with lovely frescoes and outstanding views, the monasteries of Aghios (Saint) Isidoros, Aghios Ioannis and Aghios Georgios and the Apolakià Damn at about 10 km from the village and a fine pine forrest. Close to Monolithos there are two beautiful beaches the beach of Glyfada and the beach of Fourni. The well known beach of Prassonissi is at about 30 km to the south. 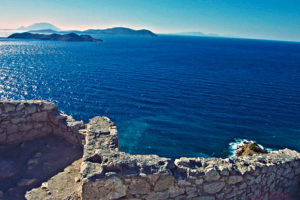 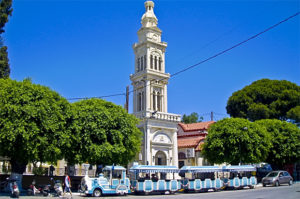 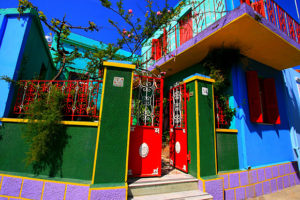