Romantic nostalgia for the golden age of travel has combined with the commercialism of 21st-century tourism to bring seaplanes to the Mediterranean for the first time in 60 years Flying boats were a common sight in the Twenties and Thirties but largely died out after the Second World War. Companies in Italy and Greece now believe they will be profitable once more because they offer tourists access to remoter areas such as islands, an attractive alternative to increasingly crowded mainland resorts.

Seaplanes also cut journey times radically for business travellers: a four-hour trip by train and ferry from Rome to Ischia will become a half-hour hop; the only drawback is a baggage restriction of 11 kilos (24lb).

The Greek network, run by AirSea Lines, a Greek-Canadian joint venture, will operate from today from Lavrion, 40 kilometres (25 miles) southeast of Athens, to the islands of Ios, Kalimnos, Mykonos, Paros, Santorini and Kos. Next month a service will start from Corfu to Paxos, Ithaca, Lefkada, Cephalonia, Zakynthos and to the port of Patras, with a link from Patras to Brindisi, in southern Italy, using the 14-seater De Havilland Twin Otter.

AirSea Lines is also planning services in Britain in the Lake District and Wales as well as from London to waterways in southern England. Hamish Mitchell, owner of Scotia Seaplanes and head of the UK Seaplane Association, has set up a flying school in Glasgow to cater for the â€œgrowing demandâ€ for seaplane pilots. 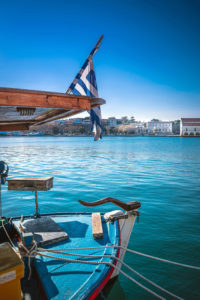 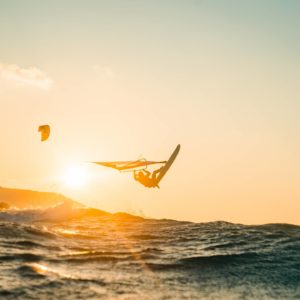 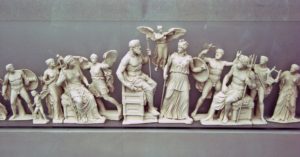